My Friend Donnie, a Psychic Medium

I met Donnie, (a psychic medium and co-founder of Psychic Library) several years ago while walking our dogs. A great friendship has formed on those paths by the golf course near our houses and over the fences. I knew instantly he was smart and kind but I found out about his extraordinary gift one day when he came over for a visit. As I was showing him around the house, at one point he asked if a particular area had once been a child?s room. I was absolutely speechless, because it had been my deceased daughter?s bedroom, which we had since turned into our walk-in closet.

From that point on, more information began coming to Donnie about her. In fact, he referred to her as ?Katie,? a name that he had no way of knowing we used to call her. He began telling my husband and I he felt that Katie?s presence reflected a time when she was a young girl, and not at the time and age of her accident. He also sensed a picture of her with the Easter Bunny, wearing white. I found the picture he so accurately described (which was taken thirty years ago) in an old album. Katie was wearing a little white shirt and looked so happy. This old, forgotten photo looked as if it was taken yesterday ? not like the others in the album that were faded with time. I feel so comforted to learn that her spirit comes to visit us. The photo sits on display and reminds me of her and what a happy child she was.

Since then, we?ve discovered that Donnie is also quite the pet psychic. The first time his ability to communicate with animals was revealed to us was when he met our dog, Lilee. He sat down with her on the couch and stated, ?Lilee is very concerned about what is going on in the garage. She really likes the garage and your new car.?? It was unbelievable ? we had just purchased a new car and Lilee loves to run into the garage all the time. 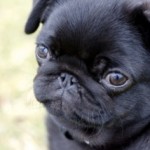 On another occasion, he came over to meet our son?s new dog. He said, ?The dog is saying something to me about a chip. Are you thinking of getting him a chip? He would like that, because he doesn?t want to get lost again.? This amazed us all, as we were just discussing putting a chip into the dog.

Before Psychic Library was up and running, he told me that he sensed there was an angel watching over me and it might be Uriel. Once the site was launched, I went to the Angel Room. In the room, I was able to click on a button, enter my birth date and year and find out my birth angel. Right there, displayed on the screen, was information about my birth angel and it was Archangel Uriel.

The other day I was talking with Donnie about my daughter Elizabeth. He asked me to ask her about something to do with ?bananas.? When I spoke with her and asked how things were going, she said humorously, ?Oh, it?s going bananas!?

I feel comforted knowing that Donnie is nearby. He is a good friend and gifted medium. Sometimes you meet the most amazing people walking your dog!