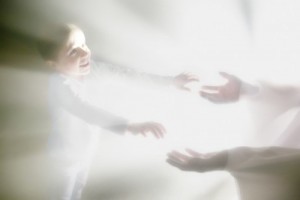 A near-death experience (NDE) is a phenomenon in which someone close to death or suffering from trauma or disease sees a glimpse into the afterlife and experiences events that are unexplainable and supernatural. Although there has been much skepticism within the medical community concerning NDEs, the tables have been turning. Up until the 1970?s, most medical doctors, especially neurologists, explained away these incidents as being a normal chemical reaction in the brain ? it shuts down for a time due to a lack of oxygen and blood. However, many medical professionals continue to study the claims made by the millions of people who have experienced NDEs. Even some doctors have experienced their own NDEs, which have turned them from skeptic to believer.

One of the leading pioneers in the study of NDEs was Raymond Moody, who authored the book ?Life After Life? in 1975. He also co-founded the International Association for Near-Death Studies (IANDS) in 1981. One of his studies evaluated 150 individuals who claimed to experience an NDE. After eliminating all medical possibilities, it was concluded that NDEs are spiritually based and no scientific explanation could be found. Later, their findings were supported by Elisabeth K?bler-Ross, a Swiss born psychiatrist, among others, who helped set up a protocol for controlled laboratory study of NDEs. 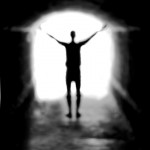 Across cultures, countries and religions, the type of events that are experienced by individuals who have had an NDE are common. These common experiences are:

reuniting with departed relatives and friends and receiving messages;

feeling an overall peacefulness and protection;

time standing still or appearing to pass in slow motion;

seeing a bright, loving light drawing the person through a tunnel or being totally immersed in the light;

sensing one’s spirit leaving the physical body (some people claim to have found themselves looking down at their body, either at the scene of an accident or while they were on an operating room table during surgery ? an experience that is sometimes spoken of as being very frightening);

reaching a barrier or boundary separating the physical world from the spirit world;

being given a choice to stay or go from the spirit world, or in some instances, being told to return to the physical world to complete unfinished business;

seeing their lives flash before them; and

returning from the experience with the gift of psychic abilities.

One of the more interesting populations that have reported NDEs, are those individuals who have attempted suicide. Many of these individuals return from the experience with a better understanding of life and acknowledge they have gained a greater purpose, meaning and perspective for their lives. High percentages within this group never attempt suicide again.

The similarities across all NDEs are many; however, a fundamental difference in the experiences exists. It has been discovered that a person?s religious beliefs and cultural background play an important role in what or whom they see as a representation of the Divine during their NDE. For example, some Christian people often report seeing Jesus or experiencing heaven or hell. People from other faiths, with differing beliefs and deities, often report seeing visions that are iconic to their own cultures and belief systems.

Earliest accounts of NDEs can be traced back to Plato?s ?The Republic,? c. 380 BC, which describes a mythical account of a soldier who experienced the afterlife in much the same ways that people describe it today. A lot can be learned from studying NDEs, as well as from experiencing them. Research in this field is ongoing and continues to make great strides, as far as acceptance and understanding of the phenomenon.? Psychic Library recommends the best selling book ?Proof of Heaven: A Neurosurgeon?s Journey into the Afterlife,? written by Eben Alexander, copyright 2012, Simon & Schuster, to learn of a neurosurgeon?s first-hand account of his own NDE.

FOR MORE INFORMATION ON LIFE AFTER DEATH,
PLEASE VISIT THE OTHER SIDE.