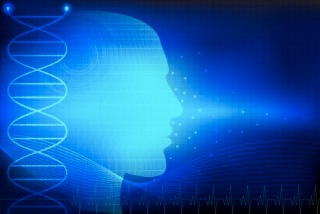 Parapsychology is a branch of psychology that studies psi experiences (paranormal events). There are two major fields of study: 1. psi-gamma, which refers to the ability to acquire information through nonsensory or nonphysical methods (telepathy, clairvoyance and precognition) and 2. psi-kappa, which refers to the ability to affect something or move physical objects through nonphysical methods (telekinesis and psychic healing). Its purpose is to understand the processes or causation of these events. The studies of psi phenomena are done under well-controlled conditions, in order to remove doubt and provide valid conclusions.

These paranormal events or anomalous operations are not yet able to be scientifically defined. Most people’s first reaction is that these events are unexplainable or that they did not happen at all. Therein lies the problem with accepting parapsychology as a true science. Many call parapsychology a pseudoscience – a science that is not based on any valid scientific evidence, a fake.

But is it? Psychologists study behaviors that are physically apparent and their causation. They have discovered treatments and medicines to correct the behaviors of those individuals who suffer from schizophrenia, psychosis and depression.

Parapsychologists study the causation and existence of psi phenomena. Throughout history, documentation of psi or psychic abilities exists from oracles, prophets and seers. These individuals have either been worshipped or persecuted. The field of parapsychology looks for ways to explain these phenomena using modern day research. Adding controls and statistics to their experimentation will help in the investigation and proof of these psi experiences, thus eliminating the explanation of these events as merely pure chance or coincidence.

The study of supernatural phenomena began in London, in 1882, with the founding of the Society for Psychical Research. A German philosopher, Max Dessoir, coined the term around 1889. In 1934, a parapsychology laboratory was established in the U.S. at Duke University and was overseen by Dr. J. B. Rhine. Today, the Rhine Research Center in Durham, North Carolina, still continues to be a thriving center for parapsychological research.

The science of parapsychology has expanded its research into after-death communication (ADC), near-death experience (NDE) and healing powers. There has been an increased interest in all of these phenomena due to the resurgence of occult practices and New Age philosophies.

To date, experiments in these areas have shown positive results. Changes in brain activity have been recorded during the testing of psychics who are exercising their abilities. The use of Zener cards in extrasensory perception (ESP) testing has been significant in measuring its accuracy. All of this research will prove invaluable, given the increased amount of people who either claim to possess psychic abilities or who have experienced first-hand, many of these phenomena.

To learn more about parapsychology and psychic abilities,
visit the Learning Room.