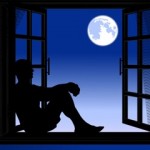 Precognition is the ability to actually perceive or see a future event through extrasensory perception (ESP) or clairvoyance, before it happens. The term is derived from the Latin pr., meaning “prior to” and cognitio, meaning “to gain knowledge”. Precognition is often confused with the terms premonition or prophecy, which only relate to a feeling of or sensing that something will happen in the future.

Precognitive events usually appear to individuals as a flash or spontaneous vision, when, in an awakened state, a person receives a short intense mental scenario. One example of this would be that of a mother who is driving in her car and sees a vision of her child injured at a playground. She quickly turns the car around to find her child about to fall from a tall tree. Another example would be of a person who is about to board an airplane and has a vision of a crash that is so intense that he decides not to board the plane. He finds out later that there was in fact a plane crash.

To learn more about parapsychology and psychic abilities,
visit the Learning Room.