Superstitions date back to early man’s attempt to explain Nature and his own existence. There was a deep belief that animals, nature and objects held a connection to spirits and the spirit world. In order to have a feeling of appeasing these forces, different behaviors or customs arose that would dictate a favorable fate and good fortune. Many superstitions have come from mythology, where omens were common.

Superstitions live on because they have been passed on from generation to generation. Even today, where direct evidence and facts outweigh superstitious beliefs, there are probably very few people who can categorically deny that they do not at least secretly harbor a slight belief in one or two superstitions. 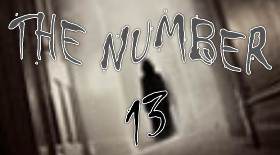 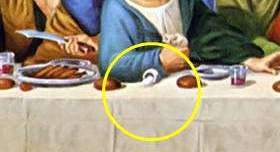 Historically,? it has been believed that spilling salt will bring a person bad luck. More so than bringing bad luck, it is an invitation to let the devil in.? Origins of this superstition may date back to ancient times, as salt was used in early rituals and practices.? In many cultures it was believed to be a powerful magical substance.

At one time salt was a very expensive trading commodity, and spilling it was considered wasteful and frowned upon. This could have brought fear to the person who spilled it. Also, there is a connection that spilled salt is unlucky because Judas is portrayed as the one spilling the salt in DaVinci?s painting of the “Last Supper.”

There is yet another Christian belief ascribed to this superstition. It is believed that good spirits exist on the right-hand side and that the devil is seated at the left-hand side of God. So, when we spill salt, it is important to throw the salt with our right hand over our left shoulder to keep the devil, evil and bad luck off of our backs and behind us.

If a black cat crosses your path, bad luck will come to you, and it can also be an omen of death. In another version, it is believed that if a black cat walks toward you, it will bring you good luck and if it walks away from you, it takes good luck away.

In ancient Egypt, all cats, including black ones, were highly regarded and well protected from death and injury. It is customary in England and Ireland that black cats bring good luck.

During the Middle Ages, black cats were seen as evil demons and companions to witches and that they should be destroyed. Because they were seen as demons, it was believed that a black cat crossing your path would block your connection to God and the entrance to heaven. The paranoia surrounding this superstition caused the destruction of a lot of black cats, as well as the killing or severe punishment of anyone who took care of them.

To find out more about superstitions, visit the Superstition Room.