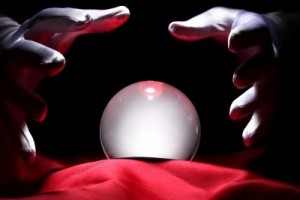 It is very important to know the different types of psychics and psychic readings that are available to you before you make a choice. Psychic readings are divided into two groups ? structured and unstructured. A structured reading involves the use of divination tools such as tarot cards; the lines, bumps and markings on your palms, head and other parts of the body; rune stones; I-Ching coins; tea leaves; astrology birth charts; and numbers, to name a few, to give information and answers about your career, relationships and past, present and future events in your life. Some people who are not true psychic mediums do perform these readings and are extremely accurate and knowledgeable. And many courses are available that can teach you these different divinations; however, a more in-depth reading will be accomplished if given by an individual with true psychic abilities.

In an unstructured reading, the psychic medium relies on his or her psychic gifts to reveal information about your feelings, emotions and relationships. They also have the ability to connect with people who have passed, as well as with people who are currently playing an important role in your life. When getting this type of reading, it is usually best to have a specific question in mind or some past, present or future issues that need resolving. This is the highest form of psychic mediumship and is known as evidential psychic mediumship. The medium will be able to give you specific names, dates and details that only you or someone in your family would know. Also, some are able to read animals? thoughts and connect with animals who have passed. Someone who is not truly a psychic medium will not be able to give an accurate unstructured reading.

Another type of psychic ability associated with an unstructured type of reading is that of a psychic/spiritual healer. The work of a psychic healer can be described as viewing a person through the psychic’s mind’s eye and looking at people’s energies with respect to their chakras, auras, physical organs and overall health. A psychic senses and identifies where someone’s energy needs unblocking. To do that, some psychic healers associate themselves with one or more guides, calling on their angels, spirit guides and a Divine power for assistance in their work. Because these assistants are not in the physical world, they can aid in obtaining a higher consciousness and ability, which helps the psychic to rebalance a person’s free-flowing energy and accelerate their healing.

Some people attribute the healing that may take place during a psychic healing session as merely a ?placebo effect.? Merriam-Webster?s Dictionary defines the placebo effect as ?the improvement in the condition of a patient that occurs in response to treatment but cannot be considered due to the specific treatment used.? In other words, if you believe you can be healed, the healing occurs. Psychic healers have healed many individuals and have done so without using conventional medical treatments. Whether the healing is a placebo effect or not, some documented results from these healings have been miraculous and unexplainable. Keep in mind that any psychic healings should be used in tandem with the current conventional medical options that are available for the specific ailment or disease.??? ?

When choosing a psychic, do not be afraid to ask questions about the psychic?s abilities in advance of the reading, especially if you do not have a personal recommendation. Before you sit down with a psychic, remember the expression ?Buyer Beware.? Unfortunately, as in every business, there are those who will take advantage of people that are showing any signs of desperation. You should be comfortable with your choice ? trust your gut instincts. Some readings can be entertaining and some can be quite healing and comforting.

Through the investigative research efforts of Psychic Library, we have found that a large percentage of the structured readers we randomly contacted or visited were accurate in the use of their specialized divinations. Some of the readers had special psychic abilities and intuition that embellished and enhanced the readings the Psychic Library team received. However, the unstructured readers who were claiming to possess some form of psychic mediumship abilities did not deliver what they promised. In most cases, our expectations were not met. Instead of providing concrete evidence, these would-be psychic mediums were asking our team of researchers to give them information, even though they were in fact claiming to be in touch with the spirit world. For example, rather than giving information about one of the team members health problems, the psychic asked ?do you have any health problems you want to discuss?? It seemed that for the most part, our team received cold readings and not true evidential psychic readings. Keep in mind, there are very qualified psychic mediums and intuitive counselors available to you. However, do try and seek out a psychic medium who has been recommended by someone you trust or who has had an accurate, helpful or healing reading.

Hopefully this gives you a better understanding of what to look for when contacting a psychic, whether it is online, at a psychic fair or a bookstore.

For more information about psychic abilities, visit the
Learning Room and The Other Side.

For more information about the different types of psychic readings,
visit the Reading Room. 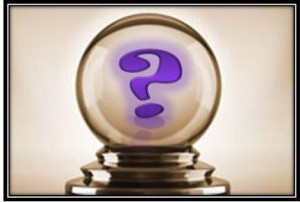