Tag Archives: in his own words

Psychic mediums have the ability to connect with loved ones who have passed, as well as to know the names of those who are living that have played or are playing significant roles in an individual?s life. They are also able to pick up on a person?s career, travel plans or current events that may be impacting one?s life. Psychic Library’s psychic medium, Donnie Tash, who is also one of its founders, has often been asked to describe what happens and what it looks like when he communicates with someone’s loved one who has passed. He does not go into a trance, the names and information are just there in his mind, and all he does is relay it back to the person. He prefers to call the process “harnessing their energies.” Sometimes people who have passed on choose to appear to him at a different time in their lives, or during a particularly happy period. 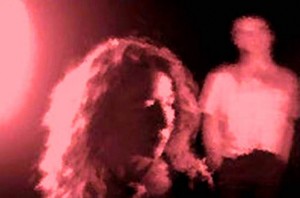 People who have passed on are sometimes very clear to me. Those who are ready to come through are at times just standing there. A person may come to a reading in the hopes of contacting a specific individual who has passed; however, sometimes another individual may come through to me with a totally different message. This is something a psychic has no control over.?But during that same reading, bits and pieces may be revealed about the initial individual the person wanted to contact. In fact, sometimes people appear just to jar the individual?s memory.

Names, at times, can be tricky for me. I might only get sounds of single letters that appear in the name, or I might get garbled groups of sounds. For example, note the similarity between the names Barbara and Rebecca. In another example, I might ask: Who?s name contains a strong, dominant sounding letter L? Then I may think of Lilly or Alison. However, sometimes a name or nickname will just come through very clear and precise.?I will ask the person receiving the reading: What does this person mean to you? Or Who did you refer to with this name?

All in all, remember that psychic readings go very quickly. You may not understand all of the messages during the reading,?but give it some time. You will figure it out and it will make sense. As a psychic medium, I do appreciate it when someone who has gotten a reading from me lets me know that they understand the connections made and have fit all of the pieces together.