From Psychotherapist to Psychic 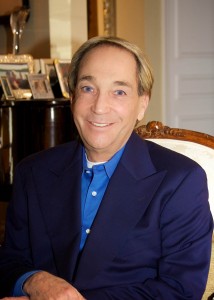 The Self Improvement Show

Donnie Tash, a psychotherapist, was a reluctant psychic. Emerging from a coma after surgical complications he had abilities he had never had before. Much to his own surprise, he was able to communicate with those who have crossed over to the other side as well as communicate with animals. He is currently a co-founder of the website psychiclibrary.com, which is an interactive and educational site dedicated to the psychic/metaphysical realm. The goal of the site is to present all of this information in an understandable and down-to-earth way. The site offers first-hand and unique insights about the afterlife from his experiences as a psychic medium, among other things. We will talk about his fascinating life change, his work with the psychic library as well as his work with both people and animals. I met him at a holistic health gathering and for the first time in the ten year history of the gathering, animals were present and simply led their owners to Donnie’s booth. I watched it as it happened. I have a cat with a very bad habit of using the spot under the piano instead of the litter box which Donnie knew about before I met him.

?Be sure to tune into The Self Improvement Show with Dr. Irene Conlan every Thursday at 12 Noon Pacific Time on World Talk Radio Variety Channel
Listen Here