Making Sense of It All 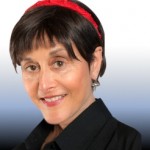 Over the holidays, I met a very interesting character named Donnie Tash. Donnie, a close friend of an old friend of mine, recently designed and developed an awesome website called The Psychic Library. The entertaining and informative site assists viewers in making sense of a wide range of metaphysical subjects we have heard of but may not really understand such, as Astrology, Numerology, Tarot Cards, The I Ching, Psychic Readings, Angel Guides et al?

What I love about Donnie as well as the site is the personal story behind its creation. For many years, Donnie had a successful psychotherapy practice and never delved into anything resembling the psychic realm. In fact, he never even had a palm reading at a craft fair. He had absolutely no interest in anything that did not support his left-brained analytic worldview. When he was 57, he had a medical condition that required surgery. The surgery had complications and Donnie went into a coma and was on death?s door. When he came out of the coma, he began to experience odd sounds and felt strangely connected to people. At first he chalked it up to the medications and the coma, but long after the drugs wore off he still heard the voices. A reluctant clairvoyant, he was unwittingly beginning to see into peoples? pasts and futures. Unable to ignore what was happening, he decided to research it and the Psychic Library is the result of that study.

There is so much skepticism and confusion regarding the psychic realm and unfortunately much of it is well deserved. There is also great fascination with the subject. The Psychic Library attempts to answer some of the questions and offers some very helpful and fun activities using a variety of oracles, such as cards, charts and algorithms. It is worth checking out. You can ?play? in the different rooms in the library, meet your angels, learn some interesting things, and, with an open mind, have fun.

P.S. I had never met Donnie before we were introduced at a mutual friend?s home. And there was no way for him to have any idea that Jackie, my closest friend from the time we were seven, had died the year before. While we were putting out some hors d?oeuvres, he said to me, ?I?m hearing a ?J? sound. Something like John, or Joe or Jack. Does that mean anything to you?? I emphatically said, ?Yes!? He went on to tell me about Jackie?s three children and gave me a message to pass on to her daughter. I did as I was told. I also asked him if Jackie had a message for me and he said ?no.? I guess I was just the messenger this time.

Are you listening to the messages that are being revealed to you on a daily basis?

Thank you very much, Inc,

Making Sense of It All